“The film portrays a big message in a modest way, and this classic movie-making style has definitely been lacking in the film world for some time”

The Butler is a timeless, classic film that serves as a much-needed reminder that big budgets and special effects are not requirements for making a movie enjoyable. With an all-star cast consisting of Forest Whitaker, Oprah Winfrey and Cuba Gooding Jr., it is hard to deny the easily preconceived certainty that choosing to sit through these two hours will prove to be money well spent. Forest Whitaker will undoubtedly receive an Oscar nomination for his gripping performance and, surprisingly, Oprah Winfrey conquers the impossible by allowing the audience to forget the reality that she is in fact “Oprah,” and enables us to connect to her relatable character. Further proof of just how substantial the cast is; Robin Williams, John Cusack and Liev Shreiber play merely the supporting roles and are accompanied by many others. In addition to the established level of acting, the perfectly timed message of the film is what will move audiences. In line with the 50th anniversary of MLK’s “I Have A Dream” speech, the film acts as an aid to bring further recognition to our history and allows us to remember our past and the consequential achievements. The film portrays a big message in a modest way, and this classic movie-making style has definitely been lacking in the film world for some time. Stop wasting your money on seeing these overdone Sci-fi versions of the future that seemingly always involve the world coming to an end, and find enjoyment in a film that not only celebrates the past but leaves us feeling hopeful and optimistic for what the future holds. 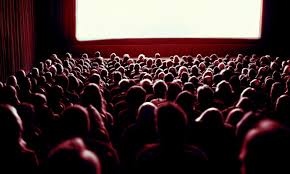